Here are a couple of facts.

By adding Swisher, the Indians solidify their outfield and their lineup. They might not be contenders for the AL crown, but the Indians aren’t necessarily laughable. They have a strong lineup anchored by Santana, Kipnis, Cabrera, and Swisher. If Stubbs finds himself and realizes that strikeouts are bad, the Indians could really make some noise in the AL central next year.

But does anyone really care?

Let’s face it, the Indians probably don’t have enough pitching depth to really contend with the Tigers for the division. They’ll probably get off to the same hot start they’ve had the last two seasons. They’ll probably hang around a little longer this year considering they have a better lineup. They’ll probably fade away because Cory Kluber is currently their fourth starter. Core Kluber sounds like the kid who sat by himself at lunch eating his own boogers, not a major league pitcher.

In the grand scheme of the 2013 Major League Baseball Season, Nick Swisher signing with the Indians is completely irrelevant. It will make the Indians a bit better, but no one will care. One must remember the last of the facts listed above. The Indians play in Cleveland. That alone should deem the Indians irrelevant for the foreseeable future. (Just kidding. I love you Cleveland.)

A League of His Own

The Blue Jays are overpaying to get R.A. Dickey, but are doing so at the perfect time.

The Toronto Blue Jays are going for it. And on the surface it looks insane. Alex Anthopolopolopolopolopolis is giving up his system’s top two prospects, D’Arnaud and Syndergaard, in exchange for a 38 year old knuckleball pitcher. While there’s no doubt that the Jays paid a steep price, it was worth it. They’ve decided to try to win now, which is certainly true considering they’ve mortgaged a significant part of their farm system for current big league talent.

What They Gave Up

Travis D’Arnaud: Traded to the Jays in the Roy Halladay deal, D’Arnaud shot up the Jays prospect rankings as the rare catcher who combines above average receiving skills with an average hit tool. He’s not Yadier behind the dish, but he’ll be able to competently play the postion at the major league level. His most impressive tool is probably his power which could translate to 15-25 HR’s a year; extremely valuable from the catching postion. Coming off and injury that derailed the end of his 2012 season, D’Arnaud might start the year in AAA Las Vegas, but he’ll be catching in the majors by June at the latest.

Noah Syndergaard: This is a big, big boy. Drafted by the Jays in the 1st round back in 2010 Syndergaard has the potential to be a high-end, number-two starter at the big league level. His biggest asset is the fact that he is 6″5. No shit. Being so tall allows him to get good plane on his fastball which sits around 95 and has touched 100. Syndergaard will start the year in pitcher-friendly High-A Port St. Lucie and if he develops as expected, he should finish out the year in Double-A Binghamton. Syndergaard makes the 2015 Mets starting rotation something to dream and drool over, alongside Matt Harvey, Zack Wheeler, and Jonathan Niese.

John Buck: John Buck is what he is: a second division catcher. There’s a reason why he’s already been traded twice this offseason. If I’m John Buck, I’m still sad about being traded for Jeff Mathis because Jeff Mathis is awful at baseball. In all seriousness, Buck should start the year as the Mets starting catcher until D’Arnaud is ready to make the new Citi Field fences his bitch.

Unnamed Prospect: Unnamed prospect probably isn’t very good. He probably has a name. Not sure why the Jays and Mets had to swap random guys here.

What They Got Back

Robert Allen (R.A.) Dickey: Born without a UCL (that pesky Tommy John ligament), Dickey was drafted as a regular pitcher, but reinvented himself as a knuckleballer and boy was 2012 fun to watch. Whether he won the Cy Young based on merit or based on story is irrelevant; R.A. Dickey can pitch. He can do things with a baseball that shouldn’t be possible.  In Dickey, the Jays get a guy who can slip right into rotation and can help them win now.

Unnamed Prospect: Same name as the guy he was traded for.

Just for you, Tim Wakefield 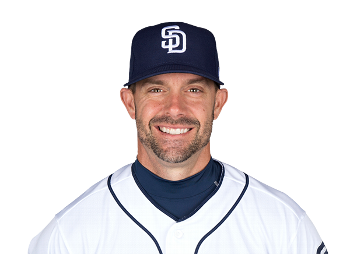 The AL Central, (or as its better known, the Comedy Central) has been the worst division in baseball for a while now. Last year was only more evidence of how bad this division has become. The Comedy Central was the only 5 team division that had three teams with losing records. Speaking of losing, Michael Bourn is bad at that.

Sunday, December 16th, 6:12 PM: Michael Bourn remains a free agent. Bourn isn’t just a free agent, no sir, Michael Bourn is a man with out a path, without a plan. Let’s help him out and see which AL central teams he might want to become a part of. 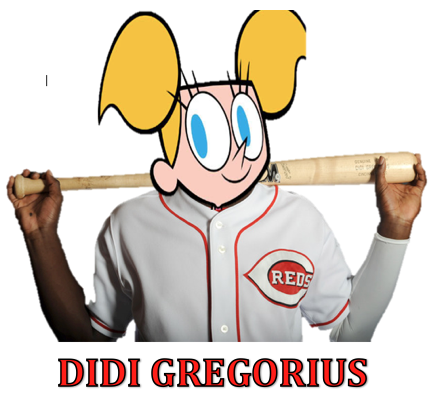 I would trade Trevor Bauer for that hairdo.

At first glance, the thought of Kevin Youkilis in a New York Yankees jersey seems wrong. The pinstripes just wouldn’t look right on a man so entrenched in “Red Sox lore”. Along with Dustin Pedroia, Youkilis opened the door for cliché after cliché to be slapped on Red Sox teams. They were gritty, they were gamers, they hustled, and boy were they scrappy. But why exactly does Youk signing with the Yanks feel so wrong to Sox fans? What does this signing have to say about the concept of rivalry? What really makes a fan’s stomach turn when they see a cornerstone of their favorite team sell their soul?

The simple answer is that rivals never trade. Well at least almost never. Take a look at baseball’s three biggest rivalries: Cubs and Cardinals, Dodgers and Giants, Yankees and Red Sox. The statistics are astounding.

The Yankees and Red Sox last traded in 1997; a deal that sent Tony Armas to the Sox in return for Mike Stanley. Other than a small purchase of waivers in 1994 the next deal between the two teams was in 1986 (Don Baylor to the Red Sox). The sports two biggest rivals have only traded twice since 1986. I was negative 9 in 1986. Thats a long time.

The Cards and Cubs last traded in 2002, when the Cubs shipped longtime journeyman pitcher Jeff Fassaro to the Cards for some players to be named later. Before that Todd Zeile got sent to Chi-Town in 1995. And before that was in 1980 when the Cardinals traded for an well-bearded Bruce Sutter. The Cardinals and Cubs have traded thrice since 1980. CNN was founded in 1980. Thats a long time.

Of all the “rivals” the Giants and Dodgers have the most stingy trade relationship. They last traded in 2007, but the deal was small and was a career bench player traded to LA for a PTBNL. The most recent time before that was 27 years ago Tuesday, as the Dodgers shippedCandy Maldanado to the Giants. Before that it was 1968 when Ron Hunt when from the Dodgers to San Fran. 1968 was before the moon landing. And before that was in 1956 when the Dodgers tried to trade Jackie Robinson to the Giants for porn star Dick Littlefield and $30,000. Just think about how insane that is. Three trades since Jackie Robinson was valued around $30,000. THATS A LONG TIME.

When these rivals don’t trade with each other, it decreases turnover between the teams and increases a sense of continuity amongst the fan base. The lack of interaction between rivals could be interpreted as a lack of communication and hostility or it could just be an unwillingness from the front office to disappoint/alienate the fan base. There must be some sort of influence from the fan base because if it was only about improving the quality of the team on the field, the Dodgers and Giants would have traded more than 4 times since Ike was living it up in the Oval Office. This resistance towards transaction with rivals feeds back into the history between the two clubs, thus reinvigorating the sense of rivalry.

So now that we’ve established that 1956 was a long time ago and that rivals must hold back trading with each other for some reason, lets see why this has anything to do with people feeling sad about Kevin Youkilis. Considering how rare turnover between rival rosters is through trades, it makes the signings like Youk that much more shocking for the fan base. In recent memory each of these three rivalries has had a iconic players swap from one team to the other. All three were All Stars and faces of their respective franchises. And no I’m not talking Jose Vizcaino, Juan Uribe, and Alfredo Aceves.

Three very different players at three different points in their careers. Damon was probably at his peak, Kent just behind it, while Edmonds was pretty much done. It was hard for Giants, Cardinals, and Red Sox fans to see the former faces of their franchise make the conscious and well-thought out decision to play for the rival. Thats what really tugs at the heartstrings; the idea that those players bought into the concept of rivalry only to turn their back on an entire fan base. Of course thats not what the players are thinking at all. They are either trying to make as much money as possible or are just trying to survive one more season in the bigs. And hell, I wouldn’t mind living a year with a few jeers and insults if I was getting payed 12 Million Dollars to do it.