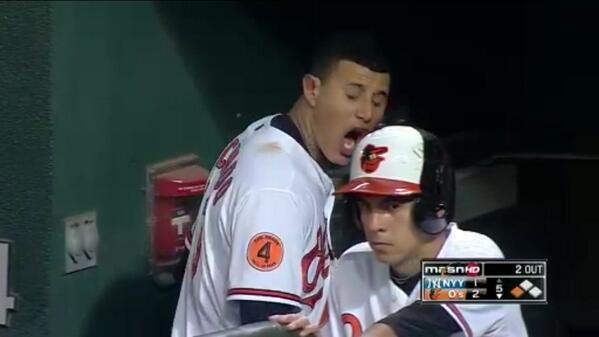 This is without a doubt one of the worst home runs I’ve ever seen. Even Chris Davis looked like he regretted swinging as soon as he made contact. I’m all for instant replay and getting calls right, but man, replay-reviewed/confirmed home runs are still super weird.