The Calm Before the Storm (of Sadness)

Outfielder Giancarlo Stanton is the only thing left worth watching on the dumpster fire that is the Miami Marlins. He has arguably the best raw power in the history of baseball and he’s a marvel to watch do anything, whether it be playing baseball or simply existing on the same planet as us mortals. After a long home run drought to start the season, Stanton finally broke out over the weekend with three bombs, one of which traveled to another dimension.

On the night of April 29th, hearts were shattered across the baseball universe. 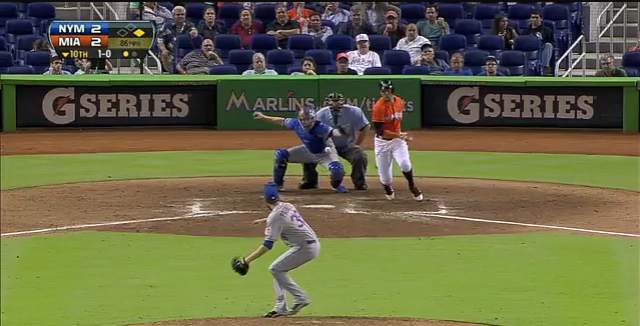 Here’s the situation: The Marlins of Miami are facing the Mets of New York. After a fierce pitching duel between two upcoming stars, the two teams battle it out on their way to extra innings in front of approximately 127 fans at the BEAUTIFUL BRAND NEW MARLINS BALLPARK. Stanton is facing Mets cLOLser Bobby Parnell with one out and a runner on first. Parnell throws a slider in an 0-1 count, and Stanton chops it right in front of home plate. The Marlins “fans” behind home plate look absolutely exhilarated.

Stanton takes off for first base. We’re used to seeing this monster hit the ball 440 feet, not 4.4 feet. His 6″6, 240 pound frame rumbles down the line. He actually looks like he might make it. A swinging bunt hit for Giancarlo? Sure, why not.

Mets catcher/potential NL MVP John Buck throws down to first, and Stanton is out. It’s close, but the ball is clearly there in time.

Oh no. The Beast clutches his right thigh. The Marlins first base coach remains intensely focused on first base for no reason. The umpire is admiring Ike Davis’ backside.

The collapse begins. Stanton begins his horrifying descent towards the demoralizing grass of Marlins Park. The first base coach has still yet to notice, as he turns his attention to the umpire who is still perplexed by Ike Davis’ physical features. 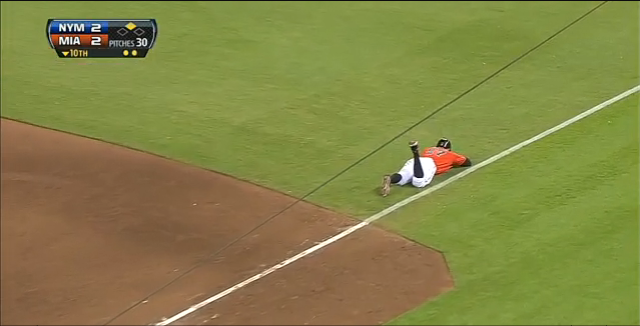 Man down. The giant lays motionless aside the foul line; his right leg upward as if to signal for help. There is no one in sight. The one Marlin fan that was watching gasps. An eerie echo is heard throughout the cavernous stadium. 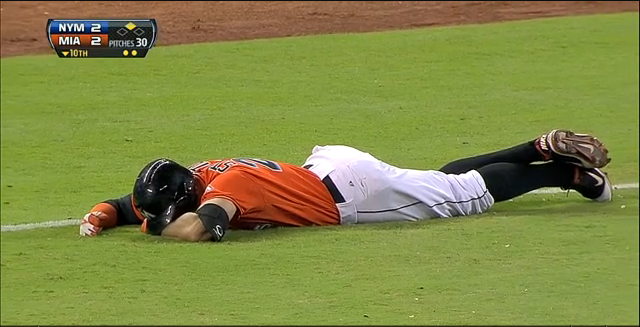 Millions of souls across the nation clutch their keyboards, eager to see a sign of life from our wounded hero.

Alas, a moment of humanity. Giancarlo, head and helmet in hands, ponders what just happened.

Slowly but surely, Stanton, still under his own power, manages to get up on his knees. 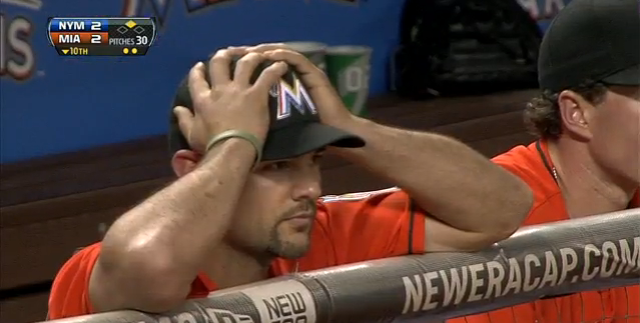 An unidentified Marlins coach (I think?) imitates the world. 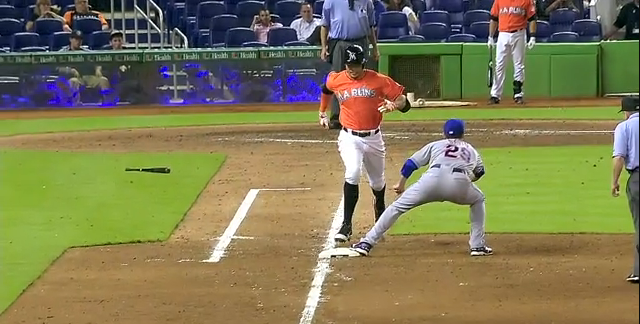 The broadcast decides that they haven’t tortured our souls enough. They cut to this slow-mo shot from the perspective of the right field foul pole. 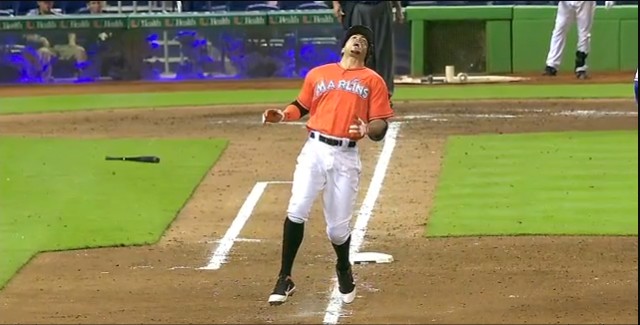 “I HAVE TO PEE SO BADLY” 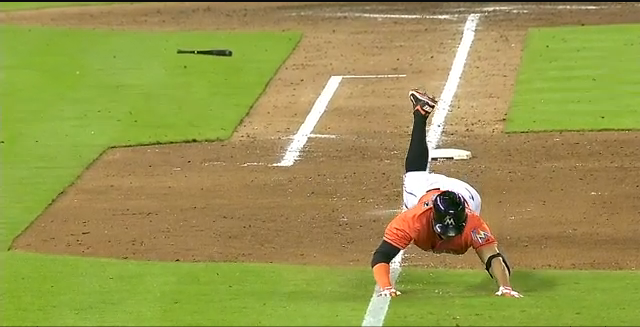 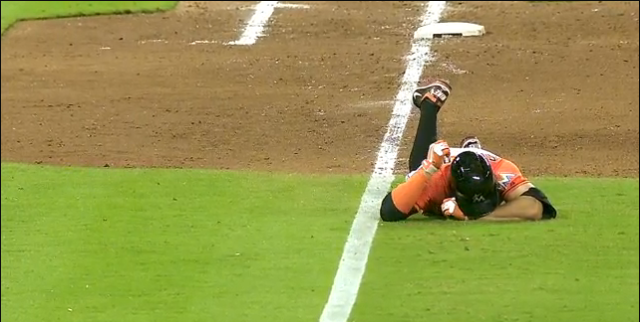 After the game, Giancarlo Stanton was placed on the 15-day disabled list with a strained hamstring. He should be fine.

(If you want to watch what actually happened, click here.)

(If you only have 10 seconds to watch what actually happened, click here.)