Player Who Makes Your Innards Tingle With Glee: JERNER GERRMS.

Jonny Gomes is not a particularly talented athlete. What does Jonny Gomes bring to the table you may ask? Gomes proves that one can be both crazy and a good dude. He once ignored symptoms for a heart attack for 27 hours before checking into a hospital. He does a ton of charity work for the Tampa Bay area. Oh and he dresses like a (insert positive noun/adjective here). 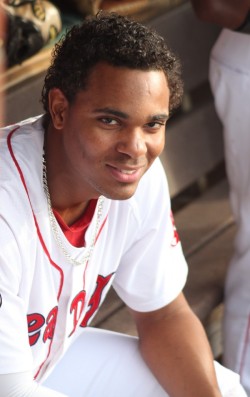 Prospect .gif to Watch Over and Over (Oh My God Jose Iglesias Edition):