Here, in all their glory, are the team by team previews for the 2013 season. They include haikus, CFB names, .gifs, puns, and horrible, horrible jokes. We hope you enjoy.

Click on the team name to see the preview (duh). 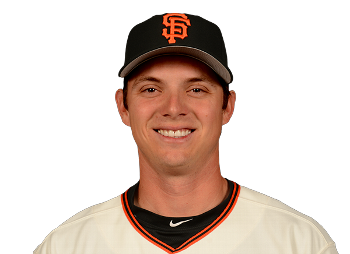 Jurickson Profar is a child.

Missed out on Greinke.

Where does Profar play?

Player Who Makes Your Innards Tingle With Glee: Yu Darvish

So so so so so much to love here. This is a system full of sky high ceilings and risk levels in the DEFCON 1 range. But before we get to the bonus babies, let’s maybe start with that guy named Jurickson. Jurickson Profar is the best prospect in baseball. He is a shortstop. He switch-hits. His baseball instincts are unmatched by any human born in the 1990’s and oh by the way, his first major league at bat resulted in a home run. We love him, everyone loves him, the Rangers love him. The only thing in this world that doesn’t love him is Elvis Andrus’ defensive prowess. And that isn’t exactly on purpose. Andrus will be at shortstop for the foreseeable future, but Profar will find a place to play by the time summer rolls around. MIKE OLT is a fantastic third baseman with plus power and a questionable hit tool but oh wait, he’s also blocked by some dude named Adrian Beltre. Let’s get to the fun ones. #TheLegend, known by many as Jorge Alfaro is a superfreak athletic catcher with an elite arm, ridiculous raw power and seemingly unlimited potential. He has somewhat of a disastrous approach at the plate and doesn’t walk at all, but he’s a 19 year old in Low-A ball, and will take time to refine. Joey Gallo is another barely legal monstrous human being. A third baseman who slugged .700 over 43 games in the rookie level Arizona League, Gallo offers true top of the scale power that is unmatched by anyone in the minors. Nomar Mazara and Ronald Guzman signed for a combined $8.5 million dollars and combine to be 35 years old. They’re stupid young. Mazara is a 6″4 SEVENTEEN YEAR OLD right fielder with prodigious power potential from the left side and hopefully enough hit tool to make it work. Guzman is 6″5 EIGHTEEN YEAR OLD first baseman with a hit tool that already projects to be plus-plus. Jake and I are 17 and 18, respectively. And we just sit around and make stupid .gifs and come up with nicknames like On The Balls Hand Cheese. Perspective hurts. *sigh* 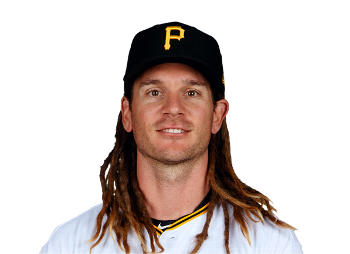 Not much else but they still have

Player Who Makes Your Innards Tingle With Glee: Yoenis Cespedes

Oakland has made a bunch of trades the past few years to replenish the system, most notably the one that shipped Gio Gonzalez to Washington. But their most intriguing talent is a shortstop with two first/last names a whole lot of potential. Addison Russell somehow fell to #11 in the 2012 draft, and Oakland happily scooped him up. Russell is a true five tool player that reached Low-A as an 18 year old in his first season of pro ball. He projects to have plus power and a plus hit tool, with a well above average glove at the most valuable non-catcher defensive position on the diamond. Russell has a real shot to be the number one prospect in all of baseball next season, and his upcoming season in the California League will be monitored heavily. Outfielder Michael Choice could hit 30 home runs in the big leagues if he can get the hit tool to play, but it’s a limited defensive profile and not a lot else to dream on. Right-hander Nolan Sanburn, a 2nd round pick in the 2012 draft, produces big time velocity from a small frame to go along with a fantastic curveball. He might be destined for the bullpen, but he could move quickly. First baseman Miles Head is named Miles Head and he is portly.

They brought back Yuniesky.

It’s simply incredible that this guy keeps getting a job. He’s back again, this time with one of his former clubs. Whenever discussing Yuni, it’s essential to mention his historically hilarious walk totals. In 3,906 career plate appearances over 1030 games, Yuni has walked 131 times. In his age 41 and 42 seasons, over 970 plate appearances, Barry Bonds drew 166 unintentional walks.  This was a ploy to talk about how amazing Barry Bonds was and make Yuni look terrible in the process.

Second baseman Scooter Gennett is named Scooter and he can hit and he is kind of precious. Clint Coulter is a catcher with plus-plus arm strength and power potential but he can’t really catch, so the pressure on the hit tool to play up is really increased. They’ve got four right-handers that can either be 3-4 starters or frontline bullpen arms in Wily Peralta, Tyler Thornburg, Taylor Jungmann and Johnny Hellweg, with Peralta being the most likely to succeed as starter in the big leagues. Outfielder Victor Roache fell to Milwaukee at pick #28 in the 2012 draft due to a broken wrist, but he possesses huge power potential and hopefully enough hit tool to let it play. He just needs to play.

Twins That Are Probably Not From Minnesota

There ain’t much left around here.

Vance is now their ace :(

Player Who Makes Your Innards Tingle With Glee: Joe Mauer

Not sure this takes very much explaining. The guy is one of the few players in the world with a true 80 grade hit tool, and he can catch. And he has ALL the money. Last season, he produced one of the most incredible at-bats I’ve ever seen against Reds closer Aroldis Chapman. The sequence was as follows:

While the major league talent is about as bleak as it gets, the Twins have built a fantastic farm over the past few fears. Its two potential superstars at the top, third baseman Miguel Sano and center fielder Byron Buxton, both have a chance to be top 5 prospects in all of baseball by the end of this season. Sano has arguably the best raw power in the minor leagues, and has already shown it in games. He hit a ridiculous 28 bombs as a 19 year old in Low-A ball last year, and will look to continue mashing at High-A Fort Myers in 2013. He’s a big dude with a big arm, so chances are he ends up in right field. But the bat is going to play anywhere. Buxton is a superfreak athlete with the most drool-worthy scouting report from BP this past off-season. “The Tools: All of them; 8 run; 7+ arm; 6+ raw power; 6+ hit (potential)”. Need we say more? It’s raw as can be, but Buxton has the chance to be plus to plus-plus in every aspect of his game and he’s already a near elite defender in center field. It could take a while, but a guy like this is worth the wait. Oswaldo Arcia is a corner outfielder who has a simple but fairly rare plus hit/plus power profile and has crushed it at every level of the minors. The two arms to watch are right-handers Kyle Gibson and 18 year old 2011 draft pick Jose Berrios. Gibson had Tommy John and has returned to the mound with his two plus secondary pitches (slider and change-up) and his fastball is slowly returning to its pre-surgery 90-94 range. Berrios is an extremely advanced teenager with very clean mechanics but not the ideal size of a workhorse number three starter. He’s only 6″0, and will need to prove that his stuff is enough to dominate at each level.

The Astros’ main competition for this season.

Jose can’t do everything.

Player Who Makes Your Innards Tingle With Glee: Jose Altuve

After years of being the undeniably worst system in baseball, GM Jeff Luhnow and his new crew of awesomeness have come to Houston to rebuild this mess. Their 2012 draft was a masterful allocation of money within the new ridiculously strict CBA; they went under slot with the #1 overall pick and took shortstop Carlos Correa, a projectable Puerto Rican with insane raw power and the athleticism and glove to stick at short, at least until he grows out of it. They scooped up top 10 talent Lance McCullers Jr. in the second round. He throws 100 with a nasty curveball and if starting doesn’t work out, he could be a dominant closer. Jonathan Singleton may have been busted for a little pot, but a 50 game suspension will only delay his march towards the majors. He’s the best first base prospect in baseball, with a fantastic knack for hitting and easy plus power that should play in games. Rio Ruiz, another product of the 2012 draft, is a third baseman to dream on, with big power potential and the athleticism to stick at third base. Mike Foltynezncznewwzwcwnienwzwwinczincz is ready to take another step forward as a big right-hander with impressive velocity and a solid-average secondary arsenal. It’s a top 5 system, with even more talent that is intriguing but whoa whoa whoa remember this ?!