“Is this the Krusty Krab?” 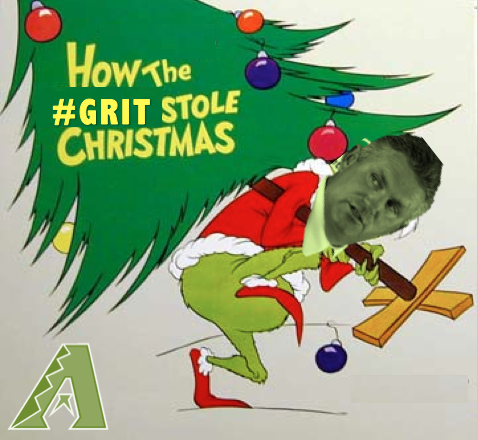 What is Kevin Towers ?!

Player Who Makes Your Innards Tingle With Glee:  Cliff Pennington 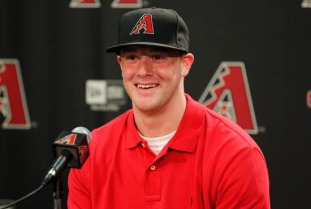 This is a fun one. Even though they traded Trevor Bauer away and barely got anything prospect wise for Justin Upton, this crop still has some very exciting young talent. Tyler Skaggs is arguably the best LHP prospect in the game today, and should spend the majority of the 2013 season in Arizona’s rotation, armed with an above average fastball and one of the better curveballs in the minor leagues. Right behind him is Archie Bradley, a prototypical power right hander who sits in the mid 90’s and has a ridiculous breaking ball that will be shown below in .gif form. He had some command problems in his first full year of pro ball, but is primed to take a huge step forward in 2013 and could easily by a consensus Top 20 prospect by season’s end. Arizona took athletic catcher Stryker Trahan in the first round of the 2012 draft. Besides being named Stryker, he has some of the better raw power in the minors, and a chance to stick behind the plate. Did we mention his name is Stryker? Andrew Chafin is an intriguing lefty, with a potent fastball/slider combo that will probably end up in the bullpen. But the true gems of this system are found at the lowest levels…