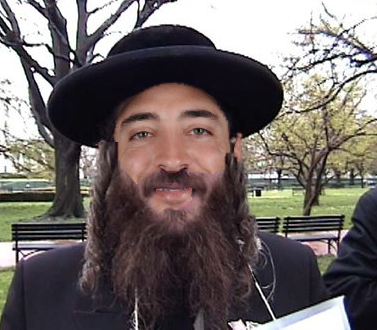 Sandy Koufax and Hank Greenberg are famous for sitting out on Yom Kippur, the holiest day of the Jewish year. Brewers outfielder Ryan Braun is taking it one step further. Not only will Braun sit out on Yom Kippur, he will sit out both days of Rosh Hashanah, the first two days of Sukkot, Simchat Torah, and every single Shabbat until the season ends.

“I’ve had a hard year,” says Braun, who was wrapped up in Major League Baseball’s Biogenesis controversy. “I think that sitting out for the Jewish Holidays this year is the right thing to do.”

5773 has been a real tough year for Braun. He has lost the trust of his fans, his teammates, and most importantly, the Jewish community. He believes that by observing the Jewish holiday season he will be able to reconnect with his people.

“I haven’t been acting like myself this year. I’ve been nothing more than a schmuck; a real embarrassment to my fans, the Jewish people, and especially my Bubbie. I want to reconnect with my Jewish roots.”

Last year the Brewers were in the thick of the wild card race and Braun made the decision to play on Yom Kippur. A decision he says he regrets.

“PED’s weren’t the only mistake I made last year. Playing on Yom Kippur really got the year started off in a bad way. I hope to have a fresh start this fall.”

When asked about what he has to atone for on Yom Kippur this year, Braun got very emotional.

“I’ve done some bad things this year.” He said, fighting back tears. “I might want to throw a couple extra hashamnu’s in there this year.”

Braun added that if the Brewers were able to erase their 16.5 game deficit in the wild card and make the playoffs, he would take off every Saturday during the playoffs as well.

Braun is still on the fence about whether or not to play on Shimini Atzeret. He recognizes it is a Yom Tov, but he called it “barely a holiday” and added “what is it even for?”

When asked about a possible birthright trip to Israel during the offseason, Braun seemed rather intrigued.

“I wouldn’t book a flight just yet, but it’s definitely something I’ve always thought about. If I can find time during the off-season I’d love to spend a week or two over there.”

I’m sure we all know what Braun would write on his slip of paper for the Western Wall.

Leave a Reply to Time, Our Most Precious Commodity | rational politics Cancel reply