For those of you that don’t know, Octavio Dotel is awesome. I felt like it was time to let the world know that Mr. Dotel is a savior, a superhero, and a saint. So buckle up, latch in, and get ready because this is about to be a doozy.

Octavio Dotel Has Played For 13 Teams

This segment of Dotel’s legacy has been well documented. The sheer fact that a major league baseball player played for thirteen years is absurd, let alone thirteen teams. I bet the random guy on the street can’t even name thirteen teams. “What is a Rockies?” he would say.

To put the number thirteen in perspective; so you know how it feels like Casper Wells is on a new team every week? Well Casper Wells has played for only five teams, and if you are good at math you know that’s seven less than Dotel’s thirteen.

Octavio Dotel Has Been Traded A Bazillion Times

In his long ass Major League Career, Dotel has been traded 6 times. The list of players he was traded for or traded with over the course of his career is pretty cool. If Kyle Davies can move over to first and James McDonald can shift to second base then you have a full squad.

Octavio Dotel Has Made 41 Million Dollars Over His Career

You probably don’t think of money when you think of Dotel, but he has made 41 million dollars which is more than I will ever make.

If you were ever curious about Dotel’s hat in the HOF, this is that hat. 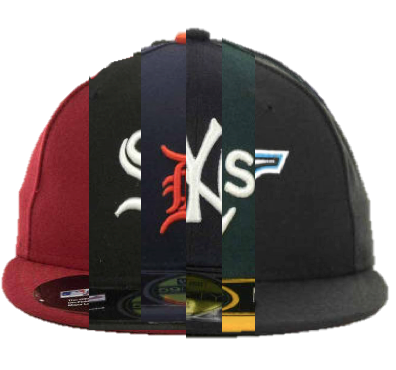