During Tuesday night’s game against the Rangers, Ben Revere bunted. It didn’t seem like anything particularly special; Ben Revere bunts all the time. He even bunts in the shower. What made that moment special was that it was the 1,409th plate appearance of Revere’s career, which was also his 1,409th consecutive plate appearance without a home run. With that seemingly innocuous bunt against Martin Perez, Revere broke Tim Johnson’s expansion era record for the most plate appearances in a career for a position player without a home run. In the grand scheme of things, this means absolutely nothing. This achievement will not be celebrated. It will not be talked about at whatever office water cooler you frequent. His bat will not be sent to the Hall of Fame for eternal enshrinement. Skip Bayless will not yell mercilessly into space at no one in particular about how Ben Revere is the greatest of all time. None of these things will happen. But that doesn’t mean Ben Revere isn’t an American hero.

Revere debuted in the big leagues on September 7th, 2010. Since that day Miguel Cabrera has hit 123 home runs, Travis Wood has hit 5, and Munenori Kawasaki has one lonely dinger. Since that day Barry Bonds has slashed .321/.491/.812 with 451 home runs. Whether due to a lack of strength, a swing not suited for loft, or an unwarranted fear of recreating The Sandlot, Revere has kept the ball in the yard for every single one of his 1,409 career plate appearances.

While Revere currently holds the record for most PA’s without a HR, his reign could end suddenly with a single swing. Many before him have overtaken Johnson’s record only to see their title disappear as they launched a dinger or two into the crowd before calling it quits. The three players with the most PA’s into their career without a homer in the expansion era were:

1,890 PA’s is a lot of times to walk up to the plate with a wood stick and not use that wood stick to place a ball in the stands. Gross wasn’t even a bad player, putting up almost 10 WAR before he ever hit a home run. His first dinger came on 7/6/77, one day away from biblical immortality, against the Expos at Wrigley Field. It was a joyous day for Greg, the Gross family, and the entire city of Chicago.

If what Greg Gross did was impressive in some sort of weird way, then what Frank Taveras accomplished was much more impressive-er than Gross’ grossness. Taveras’ first home run came almost a month after Gross hit his first on 8/5/77. While Gross was able to hit his first dinger over an actual fence, Taveras had to settle for an inside-the-park home run. Such a novelty officially counts as a home run, but who the hell cares, I want to know when a player hit a ball over the wall. So then when was Taveras’ first over-the-fence-ball? The answer: 1,437 PLATE APPEARANCES LATER. WHICH IS ABSOLUTELY MIND-BLOWINGLY INSANE.

IT TOOK FRANK TAVERAS 3,216 PLATE APPEARANCES TO HIT A HOME RUN OVER THE FENCE. During one stretch in his career, Barry Bonds hit 275 home runs in 3,216 plate appearances. It took Taveras that long to hit just one. One dinger. One measly little over-the-fence ball. After over 800 career games, Taveras finally sent one to the peons in the bleachers on August 18th, 1979.

Taveras holds a record meant to be broken, but more importantly, a record worth watching. But right now, all we can do as fans is stand up and cheer on Mr. Revere in his quest to play baseball the way it was played in 1899. Revere’s current title could evaporate at any moment so make sure you keep your fingers crossed that the wind keeps blowing in wherever Ben Revere can be found.

On Monday, the Tampa Bay Rays defeated the Texas Wranglers last night for the exciting opportunity to go to Cleveland, Ohio for a night of competitive baseball. What a treat. Last night, the Pittsburgh Pirates WON A PLAYOFF GAME against the Cincinnati Reds in the NL Wild Card game and will move on to face the St. Louis Best Organization In Baseball. Honestly, I’m still mourning the death of the ridiculous 2013 regular season and I probably will be for a while. In an effort to remember the year that was and because I spend so much time on FanGraphs anyway, I’m gonna just gonna go through a multitude of interesting statistical finishes throughout baseball and maybe possibly probably not say a few things about them. We will probably do some sort of CFB Awards post after or later in the postseason, but this is what I’ve got for now. And again, thank you based FanGraphs for being too good to be true.

We start with the guys that hit the balls with the bats.

END_OF_DOCUMENT_TOKEN_TO_BE_REPLACED 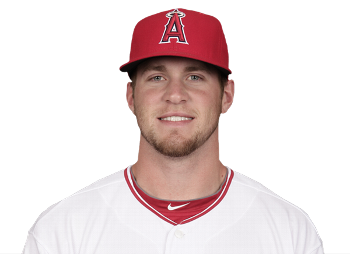 END_OF_DOCUMENT_TOKEN_TO_BE_REPLACED

For those of you that don’t know, Octavio Dotel is awesome. I felt like it was time to let the world know that Mr. Dotel is a savior, a superhero, and a saint. So buckle up, latch in, and get ready because this is about to be a doozy.

Octavio Dotel Has Played For 13 Teams

This segment of Dotel’s legacy has been well documented. The sheer fact that a major league baseball player played for thirteen years is absurd, let alone thirteen teams. I bet the random guy on the street can’t even name thirteen teams. “What is a Rockies?” he would say.

To put the number thirteen in perspective; so you know how it feels like Casper Wells is on a new team every week? Well Casper Wells has played for only five teams, and if you are good at math you know that’s seven less than Dotel’s thirteen.

END_OF_DOCUMENT_TOKEN_TO_BE_REPLACED

There have been some great performances over the first half of the year, but what could happen in the second half is even more extraordinary. Check that, what will happen in the second half. You see, when a player has a certain amount of stats in the first half (and they usually do), you can always double that amount to find out what that player will have over the course of the year. Its a really good sabermetric strategy and it always always works. Here are a few pitchers who will shatter records:

Will Finish The Year With: 50 Holds

Significance: I bet you didn’t know the most holds in a season was Luke Gregerson with 40 all the way back in 2010. A record nobody thought would be broken and definitely a record that everyone should keep an eye on.

Significance: If you thought 100% was the limit, Kenley Jansen says you are wrong. He could shatter the previous record of 100% held by hundreds of players. This has the potential to be an unbelievable story later in the year.

Significance: Yeah yeah he might not qualify for the ERA title, but so what? If you ignore the innings qualification, the record for highest ERA in a season belongs to Joe Cleary of the 1945 Washington Senators with an astounding ERA of 189.00. Carpenter has a real chance to destroy that once he pitches just as bad in the second half.

Soccer is a sport like Baseball. Here are some math formulas to help you convert things between the two sports.

When Converting From Baseball To Soccer 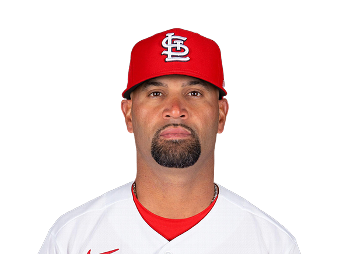 That was easy. Now for a more difficult equation.

When Converting From Soccer To Baseball

MATH IS A WONDERFUL THING